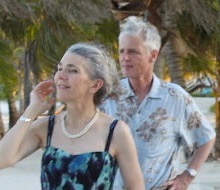 Last week, I posted a blog on humility in leadership. This week, I want to explore another area of leadership–what modern physics might teach us. One of factors that underlies the struggles we face in many areas, including leadership, discipleship, and government has to do with the fundamental outlooks on reality that sit behind many of our social and institutional problems.

From Machine to Organism

What is sometimes called the Newtonian world view encourages a view of the world and human beings as essentially machines. There is force and there is matter. Originally, the founders of this world view placed God, in whom they believed, in the position of a Transcendental Watch Maker. God designed the watch. Then, God built the watch. God then left the watch to run itself. Famously, one of the proponents of the world view indicated that if he could no the position of every particle in the universe and the forces on it, the future could be mathematically calculated. No one believes this is true any more.

A Quantum world view encourages us to the the world as more like an organism than a machine. At a fundamental level, the world does not seem to consist of matter and energy. Matter is a form of energy. Even more mysteriously, fundamental particles seem to be ripples on a quantum field. There is both freedom and uncertainty in the emerging world view on both a fundamental level (quantum uncertainty) and everyday level (chaos theory).

Like and organism, the world is constantly changing and evolving: In other words, it is not at all like a watch that is designed once and for all,  built and then runs until it breaks. Instead the world  is constantly evolving in a creative process.

God, on this view, is no distant Divine Architect. God is a loving and wise participant in the ongoing process of an evolving universe. We are not fixed and determined creatures either. Human beings and human society are constantly changing over the course of our lives.

From Determinism to Freedom

As mentioned earlier, the world of Newton was a material world held together by forces. While the everyday world we observe and inhabit does have these kinds of qualities, and the impact of power and force cannot be underestimated in human organizations, underneath this world is a vast world of potentiality and freedom. It is also not “material” in any sense of the word. There is both freedom and order built into the universe. The world, human beings, and human organizations are characterized by both a level of determinism and of freedom. (Or, as I like to put it, I cannot be a professional basketball player, but I can get into shape and play a reasonable game of golf!). We do not have complete freedom in how to organize our lives or our social systems, but we do have freedom.

In addition, this freedom and immateriality that characterizes the subatomic world also characterizes our minds, which seem to operate something like a “quantum computer.” Moreover, the laws of mathematics and physics encourage us to understand that their is “noetic” world of mathematics and physical laws that exist outside of our minds and can be discovered and used by human beings. It is only a short jump from this notion to the notion that the world somehow prefers beauty, truth, goodness, justice and love. We live in a world that has ideal, moral, aesthetic, and ethical potential just as we live in a world with physical potential.

I have only a cursory understanding of quantum physics and of the other matters that I have briefly described above, but as a pastor and leader, I have tried to read some of the literature and adapt my teaching and leading to what a lay-person, with no real technical understanding can learn from those with such talents who write for lay-persons.

One night alone in my office pondering a particularly difficult and unpleasant decision, I wrote down the following as a way of guiding my thoughts:

Why Think About This?

At the very beginning of the series of blogs I have been writing on political philosophy and theology, I quoted a physicist on the proposition that many if not most people in positions of authority in the church, in private organizations, in government, and in business hold to an outdated world view that underestimates the inter-relatedness of things and the impact of human decisions. He ends saying,

As a consequence of this widely disseminated misinformation, “well informed” officials, administrators, legislators, judges, educators, and medical professionals who guide the development of our society are encouraged to shape our lives in ways predicated on known-to-be-false premises about “nature and nature’s laws”. [2]

I am convinced that the author is correct in these views. In this blog I have tried to seek a means by which leaders can productively use the insights of postmodern science to improve  decision- making and encourage leaders to a better form of decision-making. In the political sphere, which I have been examining recently, leaders need to adopt a strategy for leading our nation that avoids both the polarization and materialistic bias of many current leaders and policies. A more humble, historically and systematic sensitivity would go a long way towards improving both our political climate and the quality of decision-making by our leaders.

[1] I have used the term “prehension” from the philosophy of Alfred North Whitehead instead of “decoherence” which is he actual term for the creation of a final state of a quantum system. My reason has to do with clarity. Whitehead uses the term “prehension” for the way in which an actual occasion incorporates or rejects potential influences in the emergence of an occasion. I think this is clearer. See, A. N. Whitehead, Process and Reality (New York, NY: Free Press, 1978).