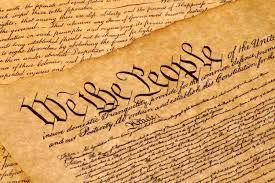 This week, I decided to take a short break from Reinhold Niebuhr to talk about the Declaration of Independence, it being July 4th. I was motivated to take this on because of a news blip concerning a candidate in another state that referred to the founding of our nation as a “disaster.” I find myself unable to agree with these sentiments. I think, instead, the founding of America is and will be seen in history as one of those great moments in which the human desire for freedom and practical wisdom joined to create a new government, the first modern Republican Democracy that would end up with a Constitution that has been the model for freedom-loving people everywhere.

What a difference are the words of the critics of today from the words of John Adams to his wife concerning the event. Here is what he wrote her on the passage of the Declaration by the Continental Congress:

I am apt to believe that it will be celebrated, by succeeding Generations, as the great anniversary Festival. It ought to be commemorated, as the Day of Deliverance by solemn Acts of Devotion to God Almighty. It ought to be solemnized with Pomp and Parade, with Shews, Games, Sports, Guns, Bells, Bonfires and Illuminations from one End of this Continent to the other from this Time forward forever more.

You will think me transported with Enthusiasm but I am not. — I am well aware of the Toil and Blood and Treasure, that it will cost Us to maintain this Declaration, and support and defend these States. — Yet through all the Gloom I can see the Rays of Ravishing Light and Glory. I can see that the End is more than worth all the Means. And that Posterity will triumph in that Days Transaction, even although We should rue it, which I trust in God We shall not. [1]

Why such a difference in tone after 246 years? I think the most likely cause is the lack of balance in our public and advanced education. Since the beginning of the 20th Century intellectuals have been inclined to debunk the founders, attribute to them only economic motives, and to focus on those elements of American society that were left out of the blessings of freedom for many years. After the debacle of the Viet Nam War the process of destroying patriotism took on a new and almost religious intensity in some quarters. One of the tasks of reconstruction is to create a balance among our citizens between recognizing our failures as a society, while not forgetting to celebrate our successes and accomplishments. This is the task for wise parents, teachers, educators, and scholars.

Sanity in a Revolutionary Era

Today in America, we hear much about the need for revolutions from groups on the right and left. [2] On the left, one hears calls for revolutionary action on grounds from racism to economic inequality to the conduct of the former President. On the right, questions about the legality of the last election have been raised and potential restrictions flowing from greater regulation of personal activity in a complex society, are suggested by some as grounds for a revolution.

In the midst of a revolutionary era, we might glean from the Declaration of Independence some principles and hope for the American future:

There is no reason to believe that our system of government is fundamentally unable to adapt to the conflicts and inequalities of today, just as it has reacted and adapted to challenges of the past. The history of our national willingness to confront issues, legislate and change, even our constitutional provisions by amendment should be a source of hope, not despair.

This is a short blog. My wife is out helping our little neighborhood with its child intensive 4th of July Parade and Celebration on a hot and uncomfortable day, while I recover from a bit of mild illness. It is very hot and there is a drought in South Texas, so we will have no fireworks, my favorite part of the day when I was young. We will have a few hamburgers and hot dogs and perhaps ice cream to celebrate the day. I hope that my readers, wherever they may be in this world will also feel called to celebrate, for July 4th does not belong just to Americans, but to the world.

Winston Churchill famously referred to democracy as the worst form of government, except for every other the human race has tried. [1] I have traveled a bit in this world, and I am inclined to agree and believe that our American democracy, for all of its failures, weaknesses, and corruptions remains the best foundation upon which to build a free and prosperous society.

[1] Letter from John Adams to Abigail Adams, July 3, 1776. The Declaration was actually approved before being signed on July 4th, which is why today is the official celebration not July 2, which was the day of passage.

[2] This portion of this week’s blog is from an earlier blog I did on the Declaration of Independence for the series on political philosophy and theology on which I am working.

[3] Thus, the Declaration of Independence says, “In every stage of these Oppressions We have Petitioned for Redress in the most humble terms: Our repeated Petitions have been answered only by repeated injury.” In the case of our national government, there has been no such silence over the wrongs the left and right frequently cite to support the ineptitude and misguided actions of our government.